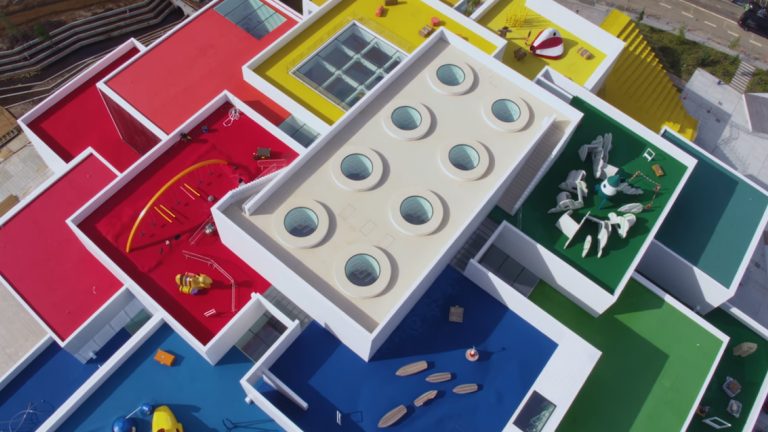 This article is a translated version of an article originally published by Markedsføring, written by Susanne Ingemann

A new Netflix documentary tells the origin story of the creative experience house LEGO House in Billund. It's branded content in a big way, and M2Film developed and produced the film. Watch here.

The creative experience house LEGO House was royally inagurated in the fall, and now the whole world gets a 'behind the scenes' look into the construction and creation process.

This is made possible due to a 47-minute long documentary film, LEGO House - Home of the Brick, developed and produced by M2Film in close collaboration with the toy concern, which has just launched globally on Netflix.

The film production company has been on the sidelines since they cut the first sod and all the way to the grand opening in order to follow and document the ambitious construction project, and Jesper Vilstrup, General Manager at LEGO House, is satisfied with the result:

- Together with M2Film we've really dived into the big vision behind LEGO House: To create the ultimate experience for LEGO fans of all ages. To us it was especially important that the documentary reflected the house as a physical manifestation of the spirit behind the LEGO brand, and in regards to that I feel the result is spot on, he says.

The most inner core

The creative experience house, which was architect-designed by BIG (Bjarke Ingels Group) and is filled with 25 million LEGO bricks, has for many years been a passion project for Kjeld Kirk Kristiansen - the third generation owner of the LEGO concern.

Thus, he also plays a big role himself in the documentary, in which he for example tells the story behind the LEGO products and the birthplace of the brick, Billund.

And even though M2Film has produced all sorts of content for LEGO throughout the years, this film was something really special, Ole Holm Christensen says, an Executive Producer at M2Film:

- We have had a long, valuable collaboration with LEGO, but this is special. Maybe because we have been inside the most inner core of the LEGO brand's history and values, infected with Kjeld's dream, and over a period of almost two years we've documented the materialization of LEGO House in the finest way, he says, and adds:

- This documentary, to us, is branded content of the utmost potency. Engaging storytelling and relevant communication with a broad appeal - even globally.

The documentary about LEGO House has been launched in all regions on Netflix, and those who have a subscription to the streaming service can watch the film in its entirety here.

Learn more about the experience house here - and watch the trailer for the LEGO House documentary here.

See the case
We use cookies on our website to give you the most relevant experience by remembering your preferences and repeat visits. By clicking “Accept”, you consent to the use of ALL the cookies.
Set preferencesACCEPT

This website uses cookies to improve your experience while you navigate through the website. Out of these, the cookies that are categorized as necessary are stored on your browser as they are essential for the working of basic functionalities of the website. We also use third-party cookies that help us analyze and understand how you use this website. These cookies will be stored in your browser only with your consent. You also have the option to opt-out of these cookies. But opting out of some of these cookies may affect your browsing experience.
Necessary Always Enabled

Advertisement cookies are used to provide visitors with relevant ads and marketing campaigns. These cookies track visitors across websites and collect information to provide customized ads.

Analytical cookies are used to understand how visitors interact with the website. These cookies help provide information on metrics the number of visitors, bounce rate, traffic source, etc.