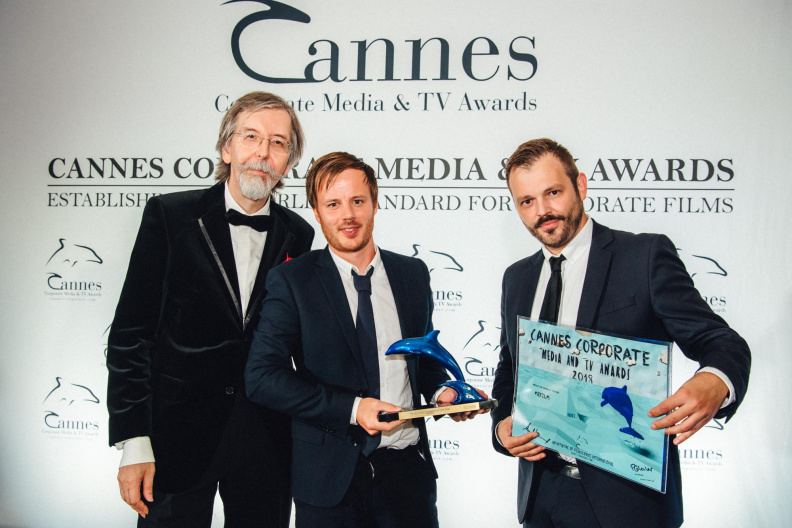 This article is a translated version of an article originally published by Markedsføring, written by Susanne Ingemann

Seven distinguished statues was the grand total count for Denmark at yesterday's Cannes Corporate Media & TV Awards - also known as "the World Cup for Corporate Films" - and it was LEGO, Søstrene Grene, Novozymes and not least M2 Film receiving all the glory.

In the end, Denmark received two gold awards, four silver awards, and then a special award was given to M2 Film who for the second year in a row ran away with the title of Global Production Company of the Year.

Two of the awards - one gold and one silver - was awarded to the Netflix documentary "LEGO House - Home of the Brick" in the categories Web Documentaries and Lifestyle, Art, Music & Culture, while one more gold statue was awarded to LEGO Classic's "Creative Storytelling" campaign in the category Social Media & Short Videos.

And it was certainly not just the LEGO brand having a party yesterday.

A poetic film from Søstrene Grene, "The wonderful world of Anna and Clara", took home two silver statues in the categories Marketing Communication - B2C and Corporate Videos, and a recruitment film from Novozymes was awarded with a silver statue in the category Human Resources.

The winning films are all developed and produced by M2 Film who continue to ride the wave of success from last year's show in Cannes.

Here they collaborated with A.P. Moller-Maersk to win the much-coveted Grand Prix award for "The Heart of Trade" campaign, in addition to winning the title of Global Production Company of the Year, the award that the film wizards from Aarhus with much excitement won once more this year.

Exultation at LEGO House
"LEGO House - Home of the Brick", which was launched globally on Netflix at the end of June, takes us behind the scenes of the massively comprehensive construction of the LEGO House, a 12,000 m2 large experience center filled with 25 million LEGO bricks.

And the result in Cannes most certainly was cause for celebration within the LEGO House team who during these very days are celebrating the impressive building's 1-year birthday with a ton of activities.

- We are very excited about the film, which we believe gives a good glimpse into how every single detail of the LEGO House is thought through thoroughly, and how the house is exploding with creativity and imagination. And the fact that the international jury agrees with that is nothing less than fantastic.

At M2 Film Ole Holm Christensen, Executive Producer at M2 Film, also couldn't be more satisfied with the performance from all involved parties:

- It is an amazing feeling when a project like this gets this level of recognition, beyond just the expected. When more people than just the film's audience clearly appreciate the large amount of passion that has gone into our work with "Home of the Brick" and with the LEGO brand in general, he says.

A recap of the winning films from Denmark:

And a Blue Dolphin statue to M2 Film for earning the title of Global Production Company of the Year.

We use cookies on our website to give you the most relevant experience by remembering your preferences and repeat visits. By clicking “Accept”, you consent to the use of ALL the cookies.
Set preferencesACCEPT

This website uses cookies to improve your experience while you navigate through the website. Out of these, the cookies that are categorized as necessary are stored on your browser as they are essential for the working of basic functionalities of the website. We also use third-party cookies that help us analyze and understand how you use this website. These cookies will be stored in your browser only with your consent. You also have the option to opt-out of these cookies. But opting out of some of these cookies may affect your browsing experience.
Necessary Always Enabled

Advertisement cookies are used to provide visitors with relevant ads and marketing campaigns. These cookies track visitors across websites and collect information to provide customized ads.

Analytical cookies are used to understand how visitors interact with the website. These cookies help provide information on metrics the number of visitors, bounce rate, traffic source, etc.